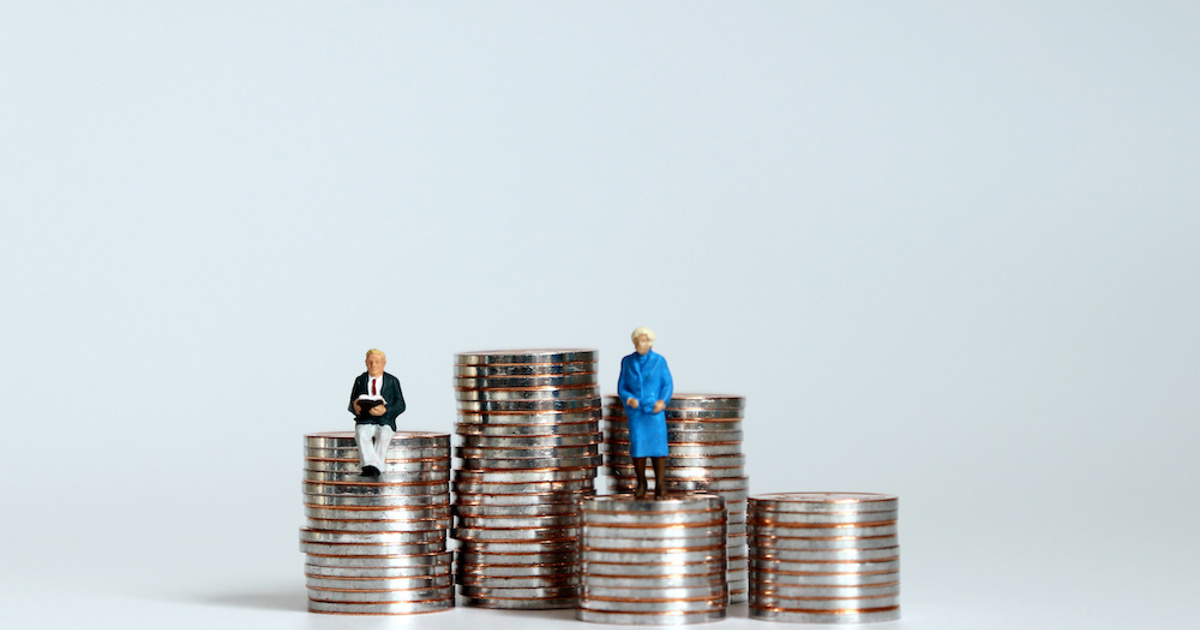 
New data from Legal & General has revealed the pensions gap for women in their 20s is still 16% – an improvement of just one percentage point since 2020.

The gap also gets larger for every decade women are in work.

Gender pension gaps in the workplace:

Closing the gender pension gap: What can employers do?

The insurance firm has called on employers to redouble their efforts to help reduce the gender pension gap by tackling common contributing factors such as lower pay; the fact that women face a caregiver penalty and the effect time out of the workplace to raise a family has on earnings.

Speaking to HR magazine, she said: “Progress is being made far too slowly, and we need the government to start making this a priority.

“In the same way there is mandatory reporting on gender pay gap reporting, it should look at making gender pension gap reporting compulsory too.

“It may not solve the issue, but it at least draws attention to the problem, and employers cannot know what to do unless they know their own gender pension gap.”

Speaking to HR magazine she said: “Even though this is a complex problem, the simplest thing employers can do is give women more of the right information at the right time.

“When women put in requests to reduce their hours, there should be a process in place that will automatically signpost her to a pensions guidance meeting first.

“It’s often the case that women do not know the impact a change to their working time could have on their future pension.”

Financial education around using salary exchange to pay for their pension contributions (which could then mean they are eligible for childcare tax credits) could also help she said.

She added: “Women are typically more risk averse, and are more cautious than men, so better financial education matters.”

One thing that will be challenging however is encouraging staff to increase their own pension contributions – especially at a time of high inflation.

“Expecting staff to carry the burden of reducing the gap is not what we would recommend,” Georgie Burks, head of customer insight at Penfold told HR magazine.

“We’d suggest HRDs look at contribution levels, and survey teams to understand the appetite for pension savings. Then they should explore whether a matched contribution approach might make sense.”

Changes to the NHS’s pension scheme tiers – coming into effect this October – have been criticised precisely for reducing take-home pay. A tier 3 worker (on between £22-26,000) will see their pension contribution rise from 7.7% to 8.3%.

Ferns added: “Employers should encourage staff if they’re able to.”

Data by WEALTH at Work finds that if women save an extra 1% a year, matched by their employer, it is possible to boost a retirement pension pot by 25%.

Nest also finds that the average pension pot for women is £29,000 smaller for women, but if women save an extra £2.50 per week, they could grow their pot by an extra £13,600 by the time they retire.

According to the 2022 Drewberry Workplace Pension Survey, 58% of employees wanted their employer to offer more than the legal minimum contribution.