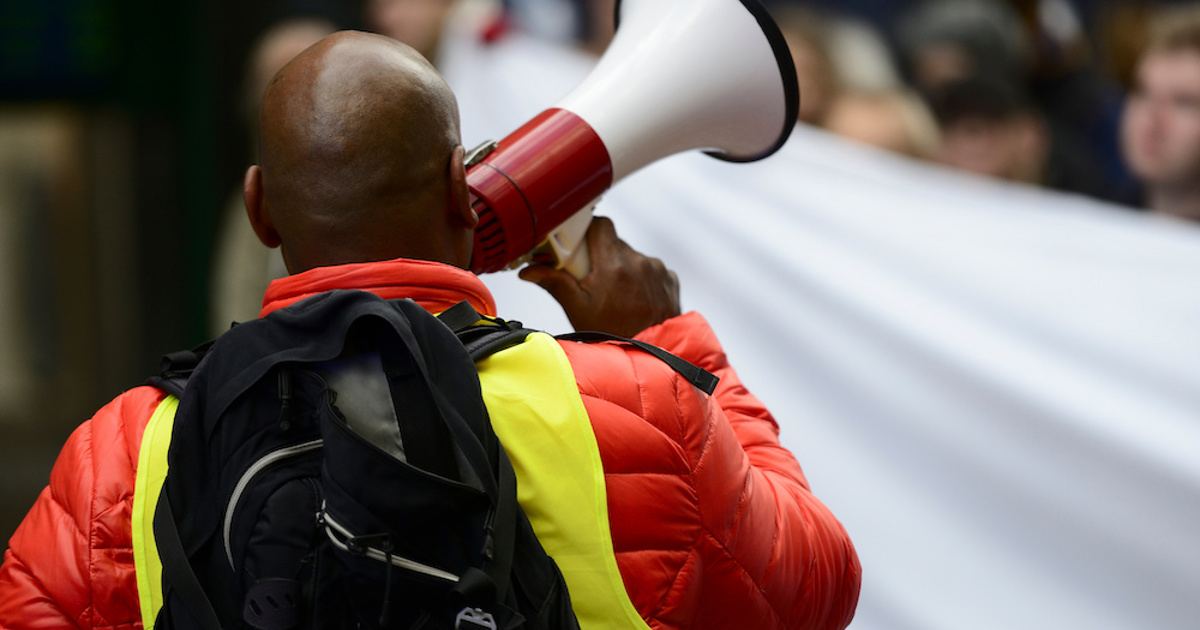 
Following the news of strikes at the likes of Royal Mail, British Airways, Network Rail and Ryanair, around half (53%) of UK employers believe the country is entering a new, more unstable period of employee relations.

In the CIPD’s Collective Employee Voice report, more than twice as many employers agreed (42%) than disagreed (20%) that employers can expect to face increasing levels of industrial action over the next 12 months.

Just 16% of employers disagreed that unstable employee relations were on the rise.

What to do in a strike:

What is your response to employee activism?

Rachel Suff, senior employee relations adviser for the CIPD, said the tight labour market, cost-of-living crisis and falling wages, could be a recipe for collective conflict.

Speaking to HR magazine, Suff said: “Many organisations have faced extensive employment relations challenges recently which are only likely to intensify as the current incidents of industrial action show.

“These developments are a sharp reminder of the continued influence of trade unions, as well as the need for organisations to build positive employment relations.”

Following the record rail strikes in June, the government had been considering removing a ban on using agency workers to replace striking staff – a move which has been criticised by campaign groups including the Trades Union Congress (TUC).

Yesterday (11 July) ministers voted and approved the removal of the ban on using agency workers in strikes.

Kate Bell, head of economics and rights at the TUC, told HR magazine: “The right to strike is a fundamental British liberty. The government wants to undermine this right and allow agency workers to be used as strike breakers across the economy.”

Using agency workers in place of striking staff, Bell argued, will worsen industrial disputes and could put public safety at risk due to a lack of proper training for specific roles.

She added: “Instead of picking a fight to distract from their many failings, ministers should be doing all they can to de-escalate industrial disputes.”

Anna Richardson, vice president of HR at IT services company Aiven, agreed that employee relations have become more complex in recent years, and the employee/employer relationship has changed.

However, speaking to HR magazine, she added: “I don’t think this change in how we work will necessarily lead to instability in employment relations, even through an economic downturn.”

The majority of employers (55%) in the CIPD report said unions provide essential protection for employees from bad management, and nearly nine in 10 (87%) said relations between managers and employees were good.

She added: “It means establishing voice mechanisms for communicating with union and non-union representatives and employees at all levels of the organisation.

“Ensure a positive joint working ethos is cascaded throughout the organisation, so that managers at all levels approach working relationships with representatives in a constructive way.

“It’s those organisations that approach employment relations with a partnership approach and carry out genuine consultation with the workforce that will be best placed to avoid industrial action.”

Richardson added that HR needs to find ways for people to connect, remotely or in-person.

She said: “It’s vital employers empower their employees at work. At Aiven we take this very seriously and have always sought to empower our employees by allowing them to work in an environment that suits them, whether that be by welcoming digital nomads, anywhere and remote workers.

“Initiatives such as bi-weekly town halls are another opportunity to keep globally remote employees connected, reduce the distance between leadership teams and employees and align the business with what’s important to employees.”

The CIPD’s Collective Employee Voice report is based on a YouGov survey of 1,075 senior HR professionals and decision-makers in the UK.