Digital skills scheme for veterans backed by Capita and Fujitsu 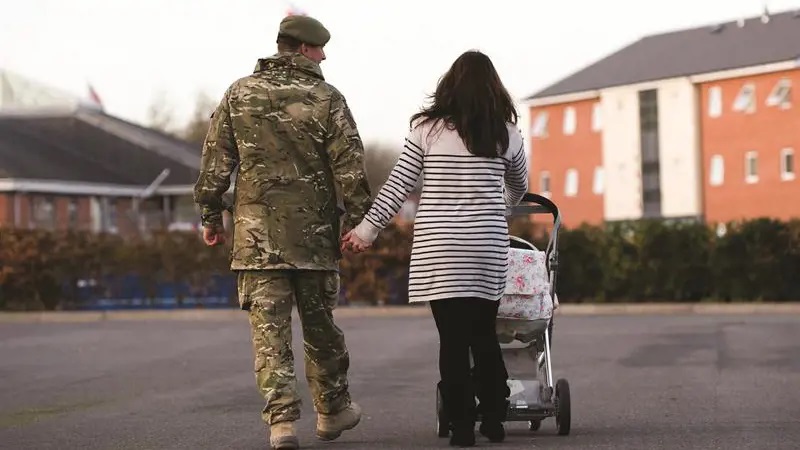 The six employers, working across consulting, aerospace, weapons, and IT services have become the first organisations to sign the pledge to help veterans which was created by skills firm WithYouWithMe.

Building and sustaining a diverse talent pipeline at AstraZeneca

The firm will use aptitude and psychometric tests to match candidates to in-demand digital roles at the selected employers, and provide prospects with free accredited training pathways recognised by organisations such as UK intelligence agency GCHQ and American standards board ANSI.

The hope is that it will help the firms fill critical skills gaps.

Leila Hudson, director of career change programme Recruiter Academy at global workforce advisory company Resource Solutions, told HR magazine: “In a climate of wage inflation and the midst of a war for talent, it no longer makes sense to exclusively hire people who tick all the boxes and have all the experience.

“From a business perspective alone, it has made so much sense to launch a program that trains our people up and saves us having to fight to find the right talent at inflated wages.”

Hudson built the Recruiter Academy by hiring under similar non-CV based requirements as the 15,000 Futures programme.

She said hiring people for their potential rather than their experience or degree had been massively successful.

She added: “The cognitive diversity we received as a result was incredible: the youngest applicant we received had just finished his GCSEs and the eldest had found themselves in a stagnant career at 60. People came from all different backgrounds: a care assistant in a psychiatric ward, a prison officer and mechanical engineering Masters graduate.”

“We’ve hired people that many other recruitment firms did not even invite for interview. Now, we have a very diverse team of people that making an impact already.

“If you hire people who will work hard and have the right attitude, the majority will excel, and it does not matter where they have come from and what they have done previously.”

Tom Moore, former Australian platoon commander and founder of WithYouWithMe, said he was delighted to welcome these first six companies on board.

He said: “The response from businesses across the UK has been overwhelming and we are confident that, with the significant commitment they have made, thousands of military veterans will have a more fulfilling career once their time in the military comes to an end.”

Speaking to HR magazine, Sally Walker, former cyber director at GCHQ and non-exectuive director at WithYouWithMe, said that many people in under-represented groups like veterans or refugees have exactly the skills needed to excel in a high-demand tech career.

She said: “Business leaders need to challenge the traditional way of recruiting and workforce management to fix the UK’s tech skills gap. Without the ability to re-skill, organisations will only increase their technical skills gap and under-represented individuals will continue to be left behind.”

A Capita spokesperson told HR magazine: “We are really excited to join the 15,000 Futures campaign. As a proud employer of more than 500 veterans, Capita knows first-hand the skills and diverse experiences our former service people bring to their work.

“This campaign will not only provide vital training to an untapped pool of talent, it will also secure meaningful employment for our veterans and help close the digital skills gap.”