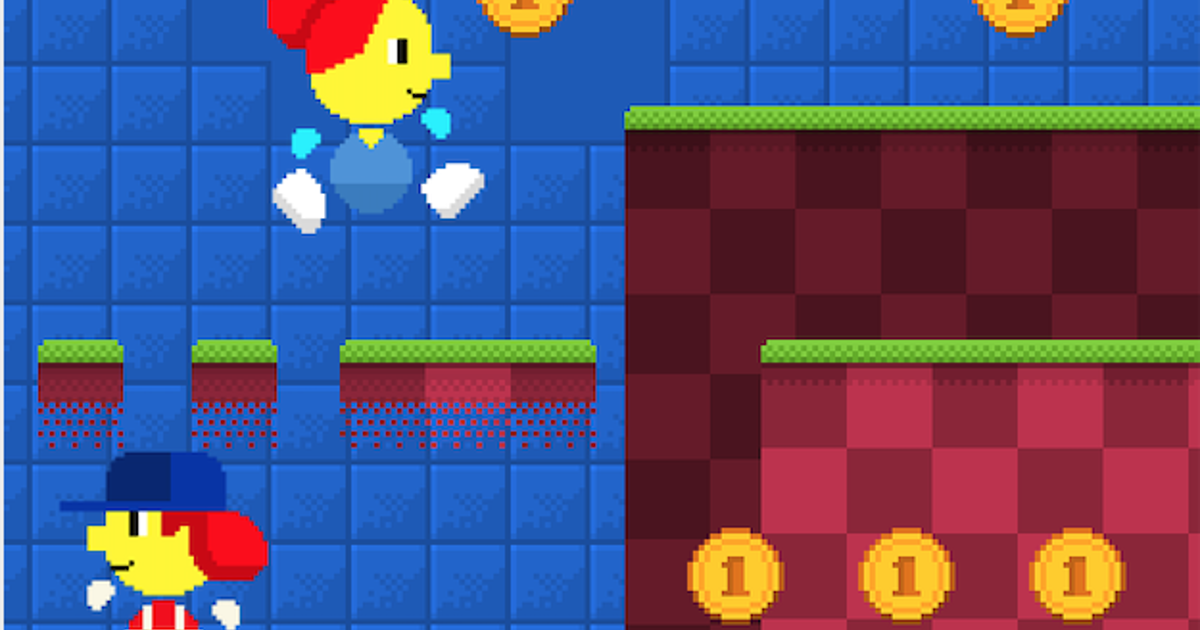 
HR must create a psychologically safe working environment to encourage employees to talk, reflect and explore their feelings following the stress and anxiety of recent years, finds Jo Gallacher

When Big Ben chimed at midnight on 1 January, 2000, it welcomed not just a new century but a new millennium, filled with potential and new discovery.

Countries across the globe held celebrations in the weeks and months running up to the date, with excitement and optimism over what the future would hold. No one quite knew that these same countries eight years later would be experiencing the worst economic recession since the Great Depression, mass austerity, and cuts to healthcare, education and employment.

The economy did bounce back, but damage from the recession was terminal in some areas of society, with spending cuts and food banks continuing to increase despite greater economic stability.

There were a few promising years before the globe once again took a beating, this time from Mother Nature in the shape of a new flu pandemic. We’re still reeling from the knockout and are now attempting to deal with a cost of living crisis which is predicted to plummet thousands more into poverty in the UK.

Our body has three main reactions to stress: the alarm stage, when the central nervous system is awakened and we go into fight or flight mode; the resistance stage, when they body begins to repair itself; and then finally the exhaustion stage, when the body has been activated in the earlier two stages for so long, it begins to breakdown.

Is it therefore any wonder why we’re so tired all the time? Over a relatively short period of time, we have dealt with some of the largest shake-ups in human history, and it’s beginning to take its toll.

In 2019, one in eight people, or 970 million people, in the world were living with a mental disorder, with anxiety and depressive disorders the most common. In 2020, the Covid-19 pandemic saw this number rise significantly, with initial estimates showing a 26% and 28% increase respectively for anxiety and major depressive disorders in just one year, according to the World Health Organisation.

Although there are many factors that play a part in health, given the average UK full-time employee spends 36.5 hours at work per week, work is an inevitable contributor to our mental health.

Wellbeing should be on par with health and safety

Work stress: balancing the good with the bad

Data from the Labour Force Survey found rates of work-related stress, depression or anxiety have been gradually climbing since the turn of the century.

Workload pressures were also found by the Health and Safety Executive (HSE) to be the main cause of reported stress, anxiety and depression, affecting 451,000 people in the UK.

The stats don’t look great for the welfare of our people, and with the discourse of burnout becoming ever more prevalent, does this mean our employees are getting more stressed? Or have we simply created a culture where employees can be honest about their stress?

“To a large extent, our increased feelings of stress are a normal reaction to the sustained pressure we have been under for the past two years or so,” says Emma Parry, professor of HR management at Cranfield University. “We have been operating under increased stress over a relatively long period of time and this is unfortunately beginning to result in mental health issues such as burnout.”

HR consultant Tim Ringo goes one step further, arguing the UK’s workers are more stressed than any time since the second world war. “We’ve had three major back-to-back crises in the UK – the 2008 financial crisis, Brexit and Covid – and people in the UK are exhausted from these events both mentally and physically.

“These crises create great stress because they are completely out of people’s control, and have limited their opportunities, their financial situations and their health.

“Over the next few years, I think we are going to see a mental health and physical health crisis like we have never seen before, as a result. This will have a significant impact on the workplace.”

Kerry Smith, chief people officer at the British Heart Foundation (BHF) says stressed employees are nothing new, yet the pandemic has also brought an economic and psychological shock to the system. She says: “The economic restart has led to supply chain issues and specific pressures as a result; this will settle in time.

“Psychologically, we have collectively experienced a pretty traumatic period given the pandemic, where our lives, including working lives, were affected with a real shock to the system.

“A blend of the above two issues means our lives are relatively far less stable and predictable. For a small number that’s exciting, but for most, greater uncertainty leads to higher levels of anxiety. The fact we are all experiencing a level of anxiety at the same time also accentuates the feeling.”

Is HR on the case?

Covid created an opportunity for many HR professionals to get the backing of the C-suite for enhanced wellbeing services and finally proved the link between wellbeing, culture and productivity to the sceptics.

Steve Othen was HR director at social casino operator Product Madness when the company walked away with the HR Excellence Award for Best Wellbeing Strategy in 2021.

The success of the policy, he argues, was down to going further than a typical employee assistance programme (EAP) would usually.

He says: “We partnered with a counsellor who people could put a face and a name to.

“We were already in discussions about offering this service to our customer support team as they had to deal with difficult situations within their roles.

“Then when lockdown happened, we decided to roll it out across the organisation, encouraging people to have an exploratory conversation even if they didn’t feel they had a specific need. We wanted to push a preventative and proactive approach.”

Employees were also given wellbeing days throughout the year where the entire office would close, meaning emails wouldn’t pile up while employees were off.

“We wanted to push a preventative and proactive approach”

Although well-intentioned, HR’s attempts to improve employee wellbeing through group meditation Zoom calls or monthly fitness challenges could be making the situation worse by focusing on the short-term solutions rather than digging into what’s causing the stress.

Othen says it’s only when multiple parts of a wellbeing policy work together do genuine improvements begin to happen.

He adds: “Unfortunately, and I find myself saying this a lot about many things – there is no silver bullet and there is no one-size-fits-all. A webinar may help one person, yoga may help another, but they won’t fix everything for everyone.

“In isolation, none of these things could have had the same impact as our collective approach. I’d encourage HR to try things, get feedback, iterate and keep reiterating and communicating. We’re only human and we’re all in this together.”

This is part one of an article appears in the July/August 2022 print issue.

Subscribe today to have all our latest articles delivered right to your desk. 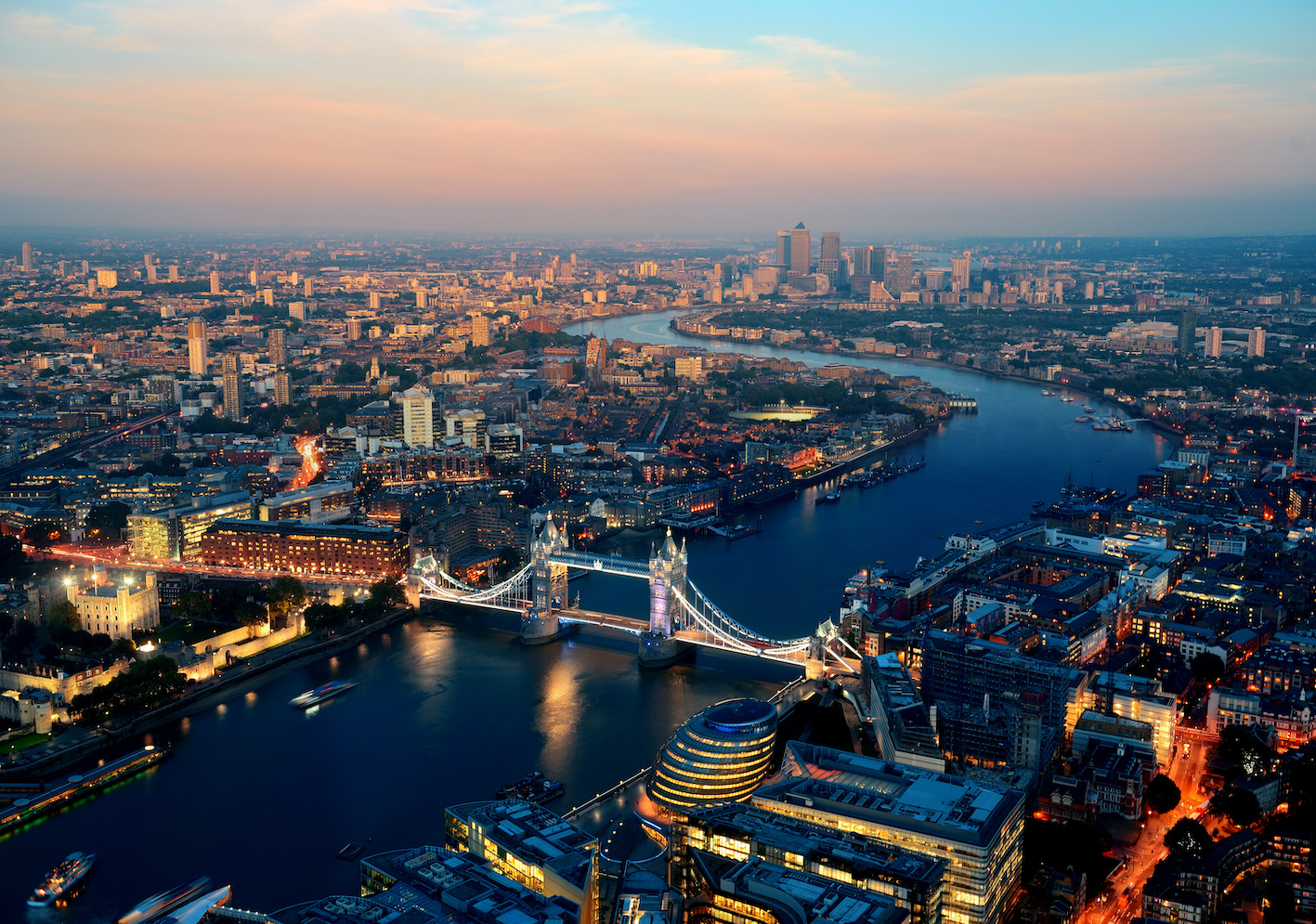 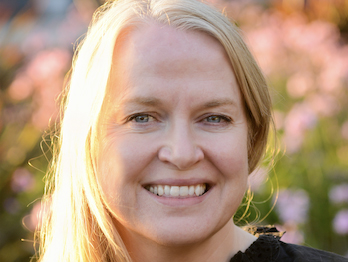 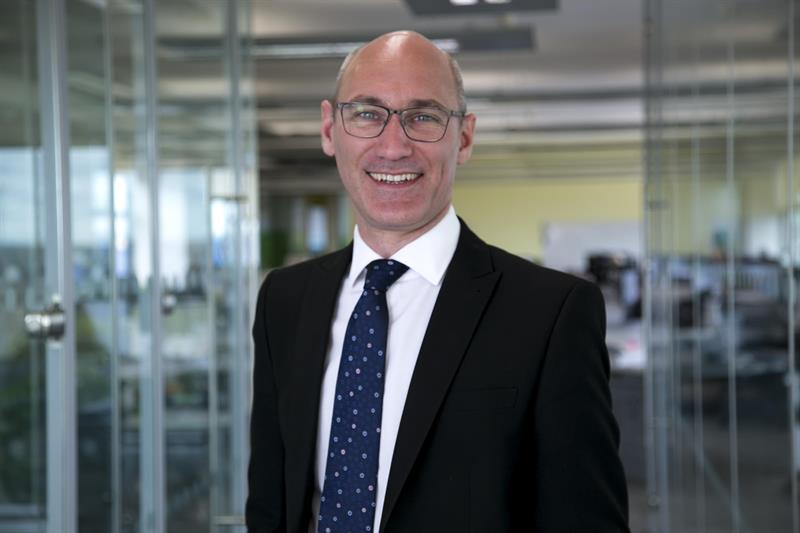 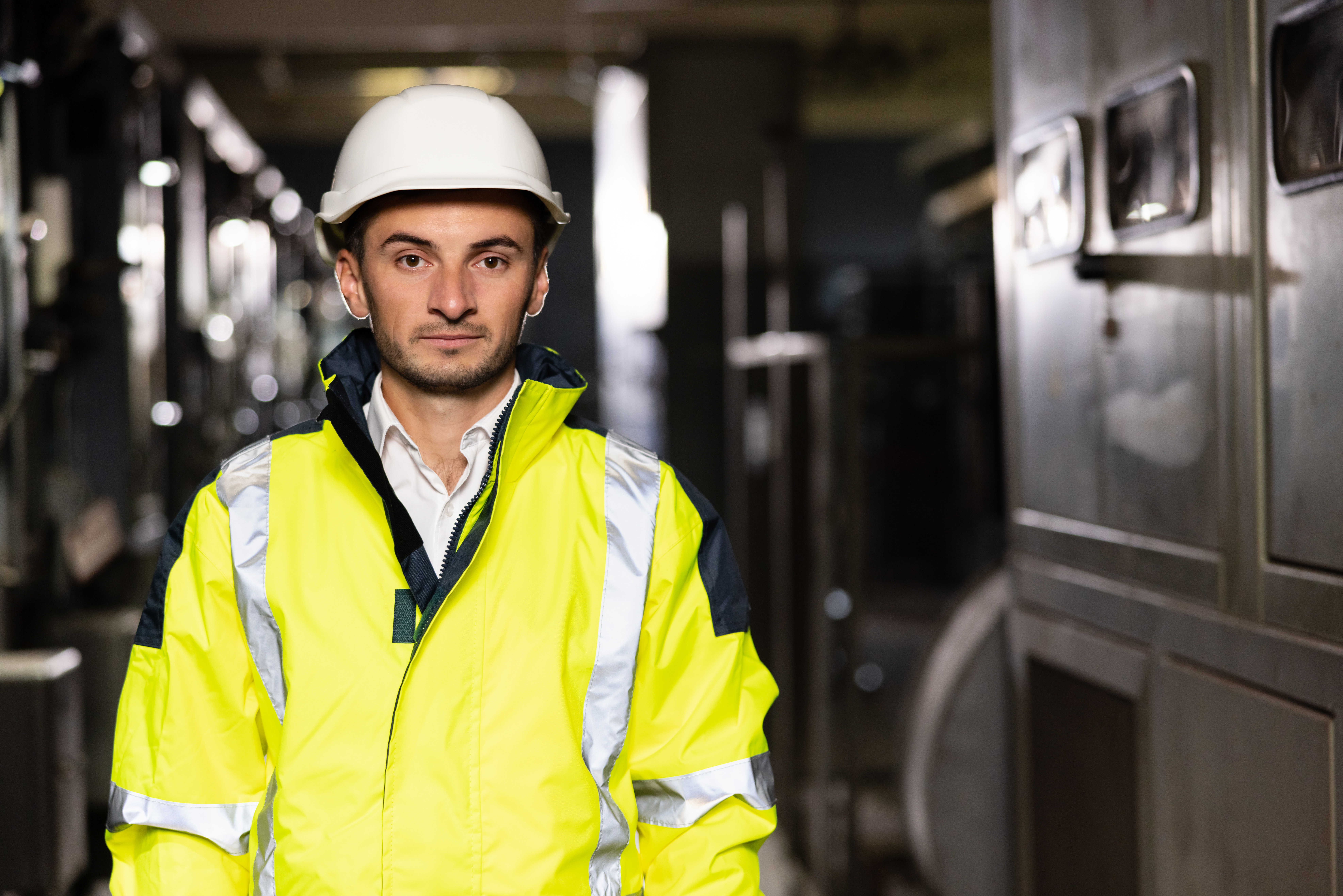 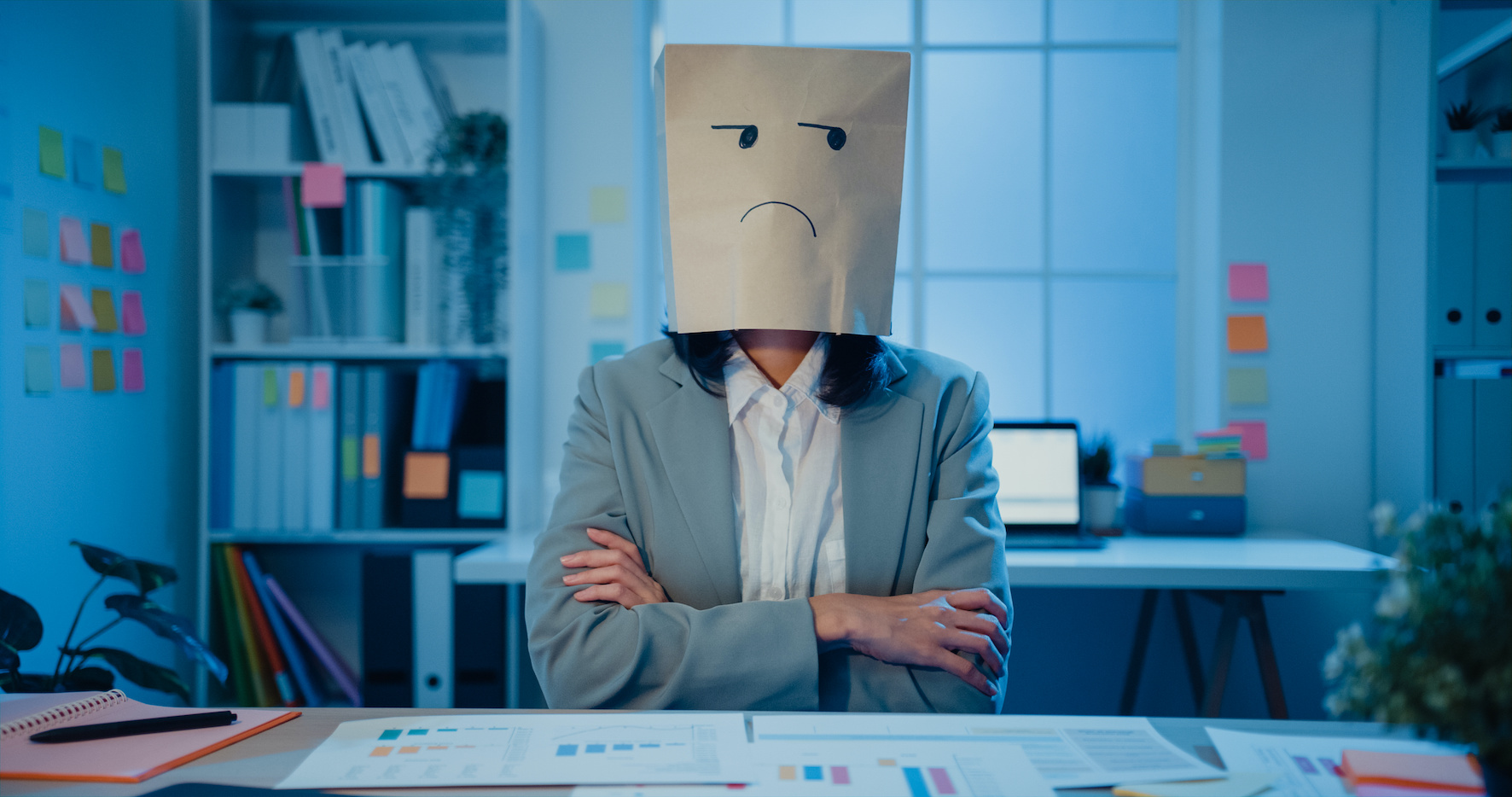