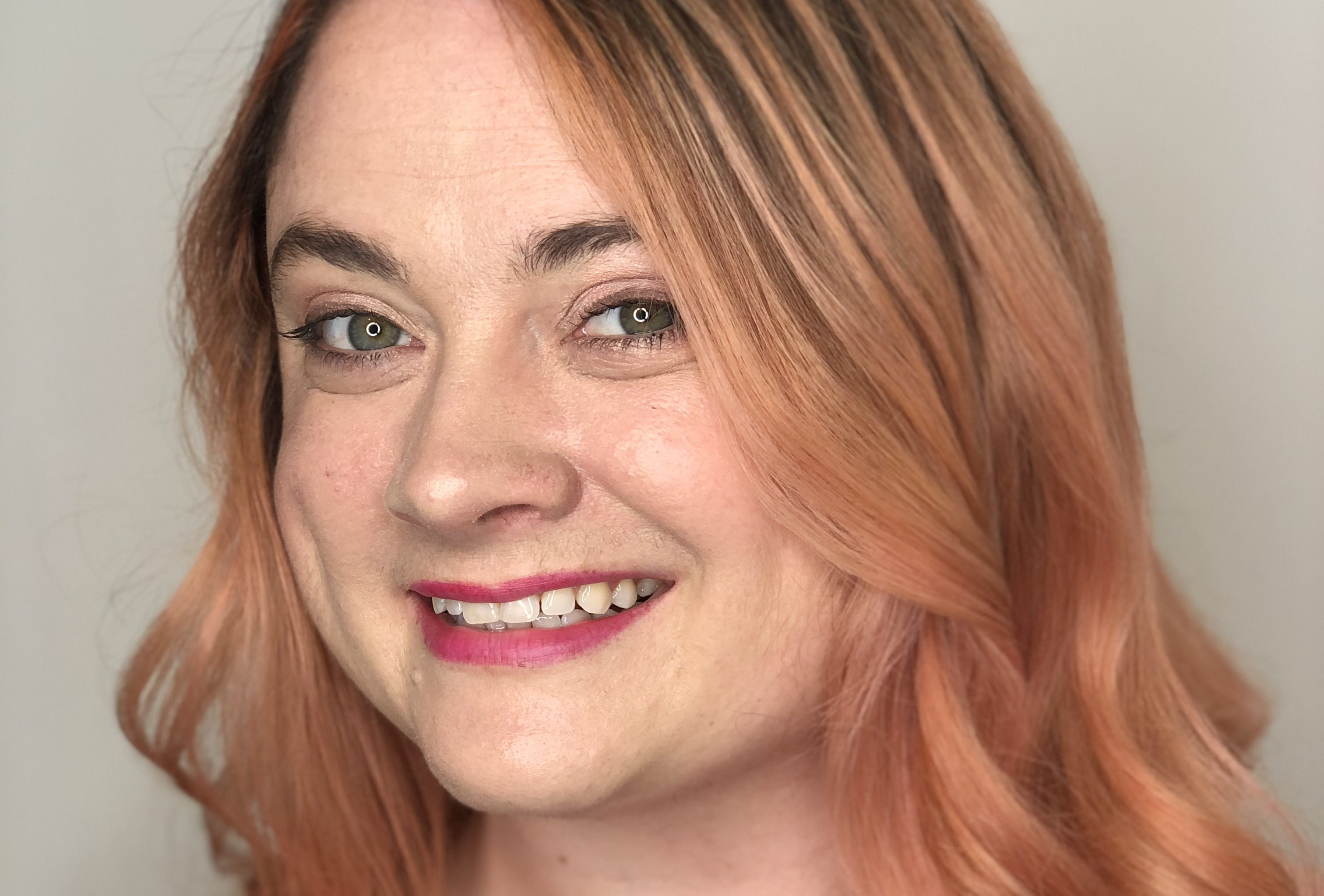 
Since its earliest days as a start-up, app-based bank Monzo has been seeking to do things differently, including redefining what it means to be a responsible employer, finds Jo Gallacher

For many of us, the term ‘fintech’ conjures images of the flashy offices of Silicon Valley with their ping pong tables, endless sunshine and freshly pressed green smoothies. However, there’s a quiet revolution happening closer to home, with an ecosystem of fintech organisations being set up in the UK, including mobile bank Monzo.

Reflecting on a dedication to serving others: Harbhajan Brar, Imperial College London

Take your place at the table: profile Una O’Reilly, Unibail-Rodamco-Westfield

The app-based bank has been one of the largest tech disruptors in the financial world, transforming online banking and leaving high street banks fighting to keep up.

Fuelling this revolution are its ‘Monzonauts’, the name the bank gives its 2,400 employees, overseen by Swansea-based people experience director Tara Ryan.

During her five-year tenure as part of the HR team, Ryan has tried to replicate the bank’s disruptive reputation within its people policies.

The bank offers enhanced maternity, paternity, adoption and shared parental leave, plus access to fertility and family-forming benefits and also recognises the secondary caregiver, offering them three months at 100% pay. Ryan says the bank tries to anticipate the needs of its workers before they go to her with an issue.

She says: “The fact that we care so consciously about who’s here before they even arrive, potential employees see that they’ve been thought about and wanted, and it means we can attract top talent.”

The bank has also been one of a handful of organisations to publicly announce its offering of paid leave for employees having an abortion.

Ryan adds: “It’s a medical procedure, and you need time away to recover as you would anything else, and there’s also the mental health impact. We had been doing it for years formally at Monzo, and we realised that as we were growing larger, employees might not know to ask and mention these things, and therefore managers may not know how to answer.

“We had a bunch of messages saying ‘this makes me so proud to work here’ or ‘this means so much to me’. And a gentleman who had lost his baby said ‘I was completely broken and didn’t think I could talk to anyone. It was amazing to feel someone had already thought of me’.”

An inclusive approach to family planning is a popular draw for many, but Monzo was keen to ensure everyone in the business could take advantage of its benefits offering. To reward employees for their loyalty, the bank made headlines in February when announcing a sabbatical policy allowing any employee with four years’ service to take three months of leave at full pay.

Ryan adds: “Monzo is part of your life, it doesn’t have to be your life. As with most things [the sabbatical] idea started on a Slack thread. We realised four years is a long time, especially when people change their jobs quite frequently, so we questioned how do we recognise the impact that people have had at Monzo and the value they have delivered for our customers over time?

The policy has been a resounding success, with employees taking up the sabbatical to spend more time with their children over the summer, going travelling or take up other creative pursuits such as starring in plays or learning an instrument.

Many HR professionals reading this would no doubt be intrigued by the idea, but their reality is very different to Ryan when it comes to getting executive level support for progressive approaches, particularly when on the cusp of recession.

“It would not be true to say it flew through,” she says. “One of the things I value most personally about improving things at Monzo is we’re never trying to sell our executives on the value of doing wonderful things for our people or trying to be different by design.

“We spoke to our board about how we make this work operationally and from a cost perspective and it did take some time. It’s obviously a huge investment of money, but they were really supportive and thought it was a great idea. They are really committed to a wonderful people experience, too.”

But it’s not all sunshine and rainbows. Working for a start-up and going up against household name banks is no easy task, and the hours and workload are bound to be intense. This proved the case for head Monzonaut Tom Blomfield when he stepped away from his role due to burnout last year. Yet Ryan insists Blomfield’s choice was not down to a burnout culture.

She says: “The role of a CEO at a start-up and a bank is really specific and it’s indicative of our positive mental health culture that Tom was able to seek help and say he didn’t want to do it anymore.”

It must be exciting to work in a people team which embraces engagement and culture to Monzo’s extent, but does it mean Ryan is often left overwhelmed and close to burnout herself?

“Due to our transparent culture we hear opinions all the time, and that’s wonderful but it can be overwhelming. All the things I’m hearing are things that workers in other organisations are saying, they’re just not saying it to their HR leaders,” she says.

“It allows me to nip issues in the bud and can reduce disengagement as you go. But sometimes it’s lovely to have 10 minutes where I turn off Slack and go and pet the dog.”

Ryan is clearly a creative and innovative thinker but boasts a relatively short HR career. She is not CIPD qualified but has always opted for roles which are ‘around people’.  After a number of administrative roles, she joined Monzo initially as an office manager as she liked the ethos of the company and built her way up to be people experience director.

She says: “The CIPD qualification has its place and with certain people it helps open doors. For Monzo, I have made sure to hire people who have that technical experience if I’m missing it, but I also study informally in my own time to protect the business if I need to.”

Ryan credits her experience in roles outside of HR as a huge bonus to her current job. She adds: “Having experience in social services has really shaped how I think about people experience and people problems. I don’t feel at a disadvantage for not having that qualification as there are people on the team who do, but I feel like different experiences have helped me have different strengths.

“Every role I’ve ever had, regardless of title, meant I spent the majority of my time trying to build engaged teams who felt valued and heard.”

Ryan has omitted any reference to HR within her job title – a conscious choice to create space between the assumptions around an HR role.

She adds: “For a long time, the term HR has had a very specific narrative around it, but humans aren’t resources. They’re not tables or computers that we need to get our work done with.

“The title people experience director really represented the role I wanted to play. My role is obviously looking after business and ensuring success and the experience of our people is something we can be proud of. So it has been and continues to be a conscious choice to reject the HR label.”

With perks such as the three-month sabbatical, it’s no wonder the digital bank has few recruitment issues. Yet recruitment is still the focus for Ryan, particularly when it comes to inclusive hiring.

She says: “We have really ambitious goals related to D&I and collect a lot of information. We ask about mental health status, social class and what kind of school you went to.

“It hasn’t been an easy journey, particularly around data protection, but it’s been a really worthy one. We can stand up to our people and say we’re asking for you to trust us with this data which we know is sensitive, but we will do something with it that’s meaningful for you.”

Five things I can’t live without:

Tech is notoriously a male-dominated industry, yet 44% of Monzo’s executive committee and board is made up of women, with goals set around female representation at both senior levels and job role. It has also set targets for people of colour and within that category black workers to better reflect the make-up of its office locations, the headquarters of which is in London.

So what’s next for Ryan and her Monzonauts? Not quite world-domination, perhaps, but a change in government policy would be nice.

She says: “As a people professional, you can have some of the best progressive opinions or desires you want to do for your company, but it feels that government isn’t keeping up. We have a huge amount of potential to do things but it’s held back by red tape.”

Ryan has plenty of examples of this, including when organisations provide remote workers with new equipment. She argues existing tax regulations can be quite prohibitive and stop companies doing their best for their people.

“Some of the tax rules don’t really reflect the way people are living and working now. It’s a shame as I think there’s more we can be doing to make things better for people, specifically now with cost of living, but [as an HR professional] your hands are a bit tied, which is frustrating.”

Under Ryan’s tenure, Monzo has gone from a place where she could high-five everyone in the morning, to thousands of remote workers plugged in across the country. Though the bank may no longer have the intimacy of a start-up, Ryan’s commitment to her people has not faltered. Whether it’s curating a specific Taylor Swift Slack channel or leading the way with IVF support, Monzo is ensuring people policy does not have to come at the expense of success. In fact, it boosts it. Who’d have known.

The full piece of the above appears in the September/October 2022 print issue. Subscribe today to have all our latest articles delivered right to your desk. 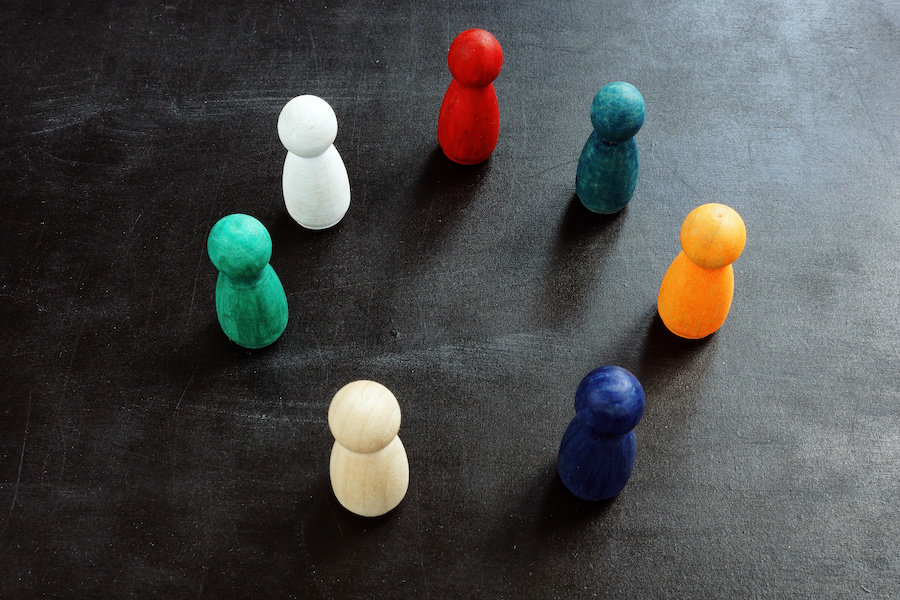 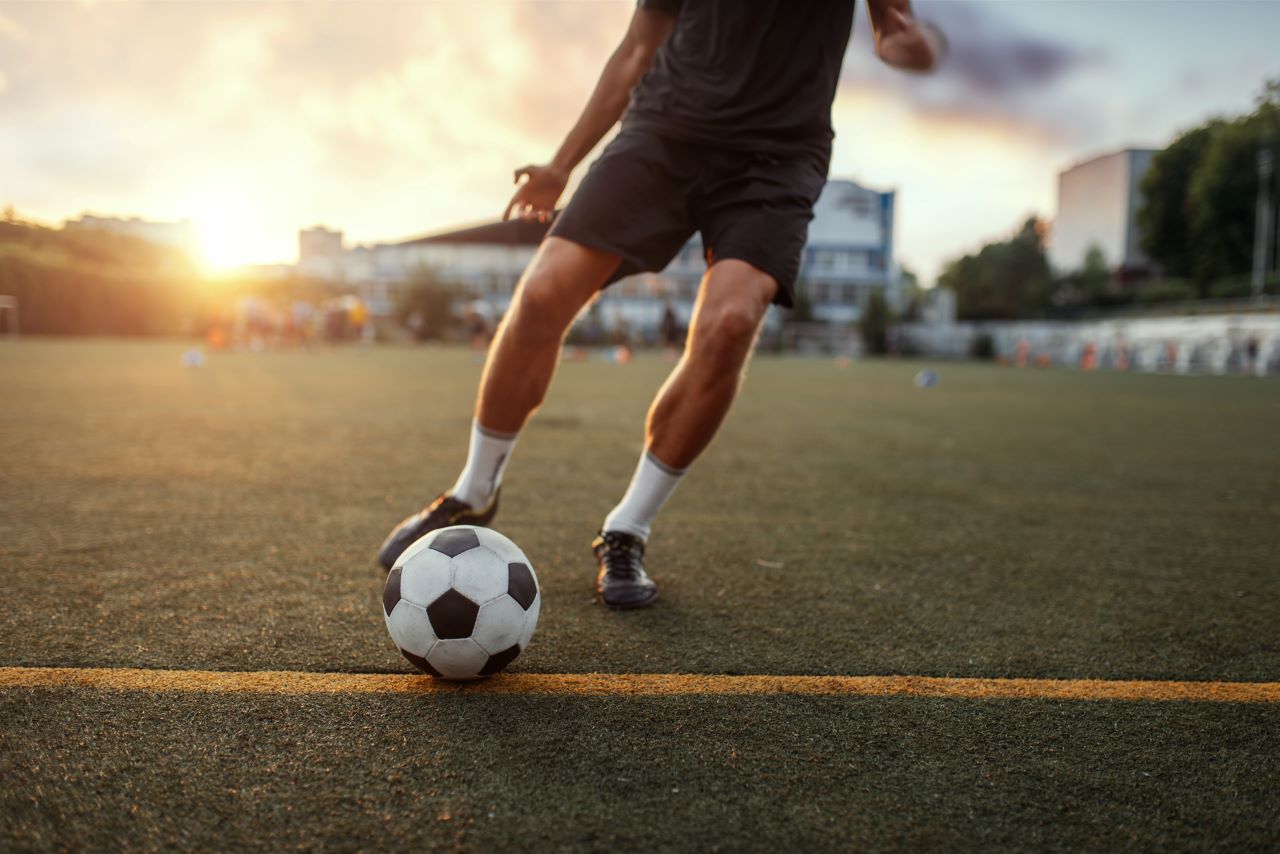 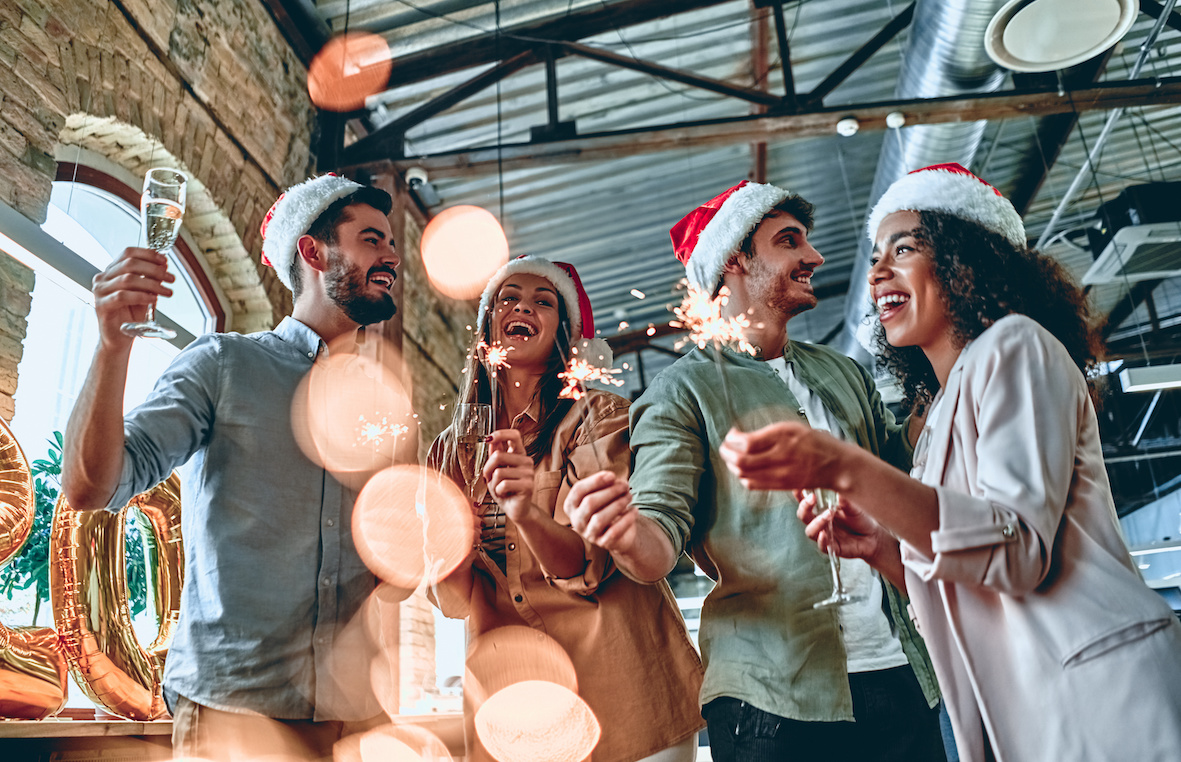 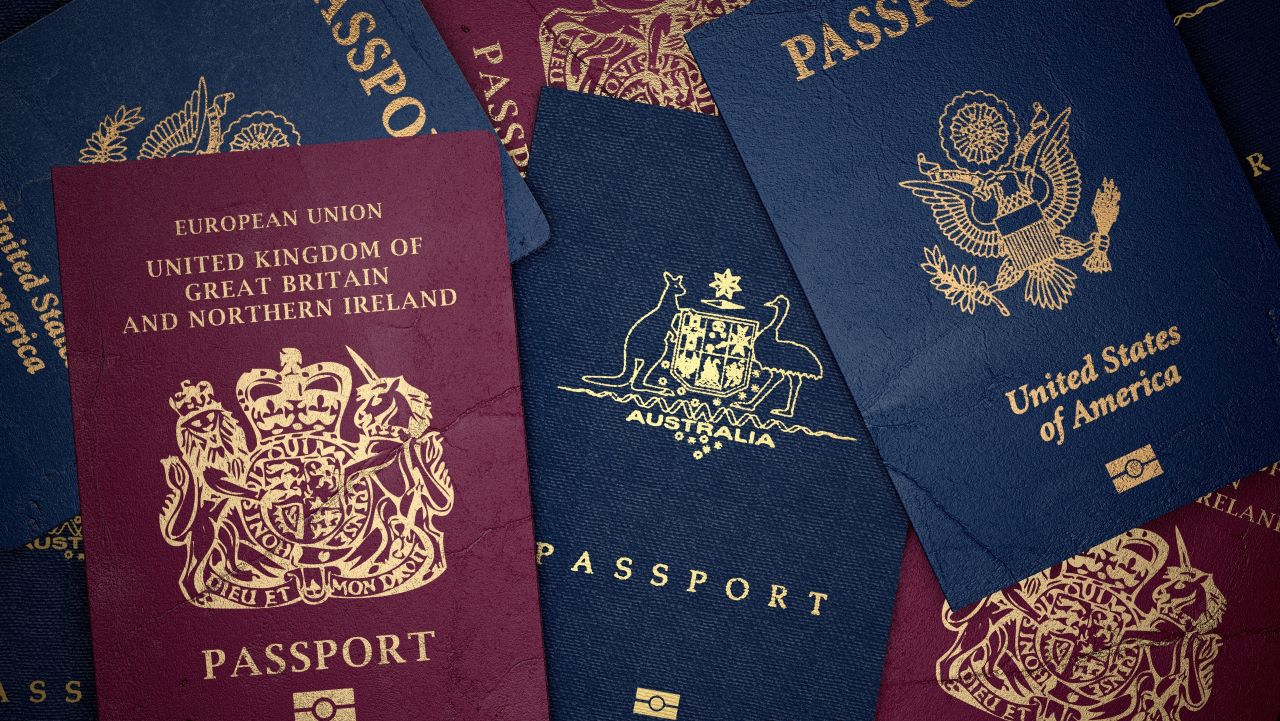 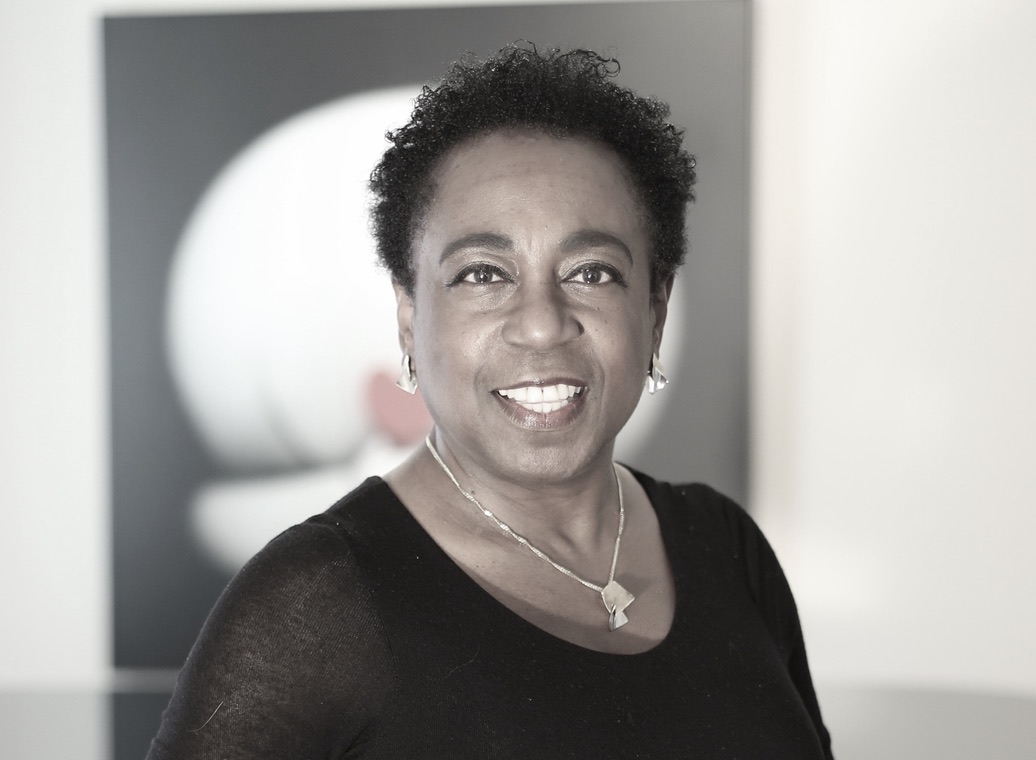 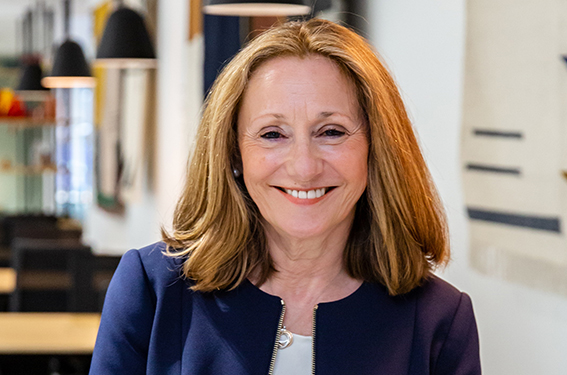